Yay! You came back for the third installment of my dance story. Or you accidentally clicked the link and are now desperately trying to close this window. But…don’t! Read more about me! Here goes…

For this next part, I need to back up just a bit.

In addition to being a dancer, I have four children. I danced through most of their pregnancies and returned to the stage shortly after each was born. Being on stage was as much a part of being a mother for me as was diapers and car seats. I remember specifically laughing with my good friend, and fellow dancer, Katie while using a breast pump backstage during my off scenes during one of our shows. If that’s TMI…too bad. You’re in too deep. You’ve got to hear the whole story now!

My fourth child was born in 2012 when I was 32 years old, and she was quite a surprise. I had some serious complications with the birth of my other children and my doc had strongly suggested I not have any more kids. But before I could lock down the womb, Sutton popped in and demanded to be born. Such is life. It favors the unexpected.

In addition to unexpected, Sutton‘s pregnancy was particularly difficult. I struggled with fatigue and extreme nausea and severe back pain most of her pregnancy. I also started the whole thing just weeks after breaking my heel bone–a pretty righteous injury for a dancer. During a show, a jump from a platform went wrong and I landed on the heel bone in my left foot. Now, the heel bone is one of the thickest bones in the human body, and it’s very hard to break. Yet I landed so hard that I cracked it.

I was in for about a 10 week recovery to heal that injury. Because my heel was broken and not my foot or ankle, I could still walk on the front of my foot. So, like a moron, I did that. A lot. Because when you’re young, you think you will always bounce back from everything. After three months of walking in such a ridiculous way, I badly irritated my left foot, my left leg, and my back. So, I went into Sutton‘s pregnancy with some…issues. Then, the pregnancy aggravated the existing issues.

I was sure all of these things would resolve themselves after Sutton was born. Instead, I ended up having outpatient surgery, getting pneumonia, and having that pneumonia flare back up three times. All in the six months after Sutton was born. After going through the Worst Year Ever, I was convinced that the growing pain in my joints, mobility issues, and general discomfort were all related to this series of injuries, the pregnancy, and other healthcare issues. But they didn’t clear up.

Two years after Sutton was born, I was still having increasing back pain, joint pain, and issues with balance and mobility. At the time, I thought the answer was medication. That led to a whole other problem with painkillers. But that’s a story for an entirely separate blog series. Look for that one later.

By 2014, I knew something was wrong with my body that wasn’t related to a pregnancy or an injury or anything else. My joints were aching, I couldn’t jump like I used to, and standing up from the floor was becoming harder and harder. I had an idea what it might be, but I didn’t want to voice it. Because it was something that could take away my ability to dance.

Over the next four years, I would see multiple doctors, have multiple tests done, go through multiple procedures, and end up with a whole lot of frustration. A big part of the problem with getting a diagnosis was the fact that I’m a dancer. As you can probably imagine, dancers have much more flexibility than the average person. We also have a much greater range of motion, especially in our joints, and we are generally stronger than the average person. When the doctors I saw would ask me about loss of mobility, loss of strength, and things like that, I would tell them that I was having increased difficulty. But when they would run tests, they would find everything was “normal.”

They repeatedly failed to account for the fact that my “normal” was different from most other people’s “normal.”

At my insistence, the doctors ruled out everything–rheumatoid arthritis, autoimmune diseases, thyroid problems, stress fractures, compressed disks. Just…everything. Finally, in the spring of 2018, I was able to convince an orthopedist to do an MRI on my knees based on the significant history of osteoarthritis in my family.

You see, my grandmother suffered from it and was unable to get around on her own by the time she was in her 70s. My mother also has it and has already had two knee replacements, the first at age 57.

My MRI was telling. For the first time, after many appointments, many frustrating conversations, and many sleepless nights, I got a real diagnosis. It was exactly like I thought. I have degenerative bone disease, or osteoarthritis. Unlike rheumatoid arthritis, osteoarthritis cannot be treated with medication.The only thing that medication can do is ease the discomfort. It cannot do anything to slow down the wearing away of the soft tissue and then the bone in my joints.

In spite of knowing this, I still pressured my doctors to do something. To help me somehow. The idea of losing the ability to dance was too horrible to just sit with. At the time, I was told that the best thing for osteoarthritis was continued exercise and strength training, but that felt counterintuitive.

So, in the spring of 2018, I began to try a series of medications. I wanted to believe that, if I took them consistently over a period of time, I would see some improvement. And I will admit, I was in less pain. But my general health continued to go downhill.

It’s important to note that, in 2017, I danced or climbed the silks in three shows. I was in twice the number of required Christmas show performances. I performed as a Scare Actor in my local theme park for Halloween. And I took dance classes all year. I had some issues, but I was still very much an active dancer.

However, by fall of 2018, I couldn’t dance well enough to perform anymore. My whole body hurt. My joints were so unstable I was always in fear of falling. I was exhausted all the time, and I couldn’t walk or stand for more than a few minutes. At the time, the rapid nature of my decline didn’t strike me as odd.

By the end of 2018, I made the very difficult decision to stop dancing and climbing any aerial apparatus. I left Scarowinds. I came out of Lord of Light, one of my favorite shows. And I danced in The Real Christmas Story for the last time.

Choosing to step down was one of the hardest decisions of my life. Even though I may not make my living as a dancer, I have performed for thousands of people over the course of 17 years. Dancing in shows at least every two weeks was a major part of my life. Taking dance classes was a major part of my life. Learning to become a better dancer and a better aerialist was my ongoing goal. And giving it up was one of the most significant, most difficult moments in my life.

Like I said in the beginning of this series, dance is not just something I do. Or something I did. Dance is a fundamental part of who I am. I am absolutely certain that dance is woven into my eternal spirit. And giving it up felt like crushing part of that spirit.

And that’s where we’re going to stop for today. I know. Another cliffhanger. I’m just mean like that. But check back soon for part four of my dance story. It’s not that much longer. I promise!

Tired of reading? Need to get in your required hours of social media for today? Check out Unscripted the Vlog, the video version of the blog, at:

If you’re really enjoying Unscripted, consider supporting your local freelance writer by becoming a Patreon donor. Click the link below to visit my Patreon page to support Unscripted the Blog and Vlog.

And, as always, remember to love one another. Love blindly, boldly, and without bounds. 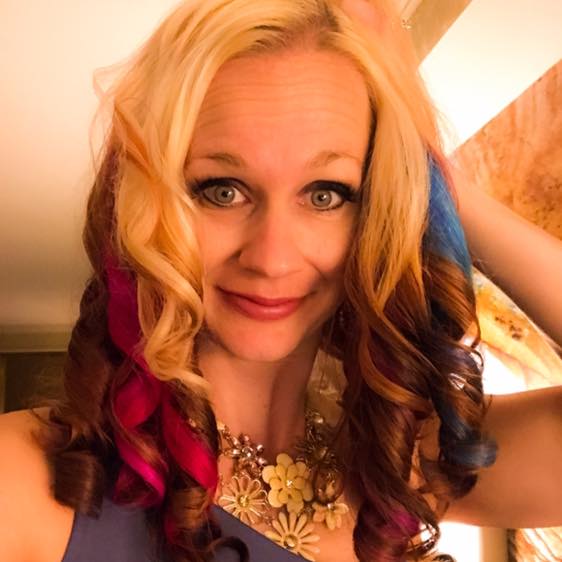 Get Your Copy of September Blue!

Check Out Unscripted the VLOG!

Mad Monster is awesome! We got to meet Aidan Fisher and hear him play Master of Puppets live! We are #joycebyers and #hopper, and I gave birth to #mikewheeler, #dustinhenderson, and #elevenstrangerthings. 😆
We have two ball pythons ready for their forever home!
Happy World Snake Day! Babies are hatching and eggs are being laid!
Our first baby this year! Banana 100% Het Pied.
An event planned 2 years ago is finally happening. (Thanks Covid.) Joan Jett, Poison, Def Leppard, and Motley Crue!!!
Come out and support Sutton now! 202 Redcoat Dr.
Loading Comments...
%d bloggers like this: